1913
Gustav Opaetz founded the “Opaetz Werkzeugmacherei”, just next to the Michel in Hamburg.
Especially in the early years after world war II, the company got a good reputation in and around Hamburg as a reliable supplier for tool making and engineering parts.

1962
Jan Behrens became Managing Director and changed the company´s name into “Jan Behrens Werkzeug- und Maschinenbau”. He was one of the first to use the technology of “wire-cut-EDM” in the area of Hamburg, and thereby Behrens became a successful toolmaking company.

1988
Jörg Freitag became Managing Director and within view month the existing production areas were not sufficient anymore. The production facilities were transferred to Hamburg / Osdorf, into Harderweg 1.

1989
Several orders for prototype and limited-lot-productions of precisionmechanical parts for the aerospace industry gave us the chance to break into this market. The subsequently resulting specialization in this branch made this sector within a very short period of time to our major field of activity.

1996
Once again, because of above average expansions, the production facilities had to be relocated.
An adequate site could be found on “Industriestrasse 5” in Rellingen. This still is our address.

1998
We took over the precision mechanics section of the “Dr. Justus Rosenhagen GmbH” in Norderstedt. With that transaction we could break into the market of mechanical components for medical technologies.

2000
For the official display of our long time existent quality capabilities, our Quality Management Systems was certified in accordance to DIN EN ISO 9001.

2001
As a result of the specialization towards mechanical precision-parts, the company gave away the section of tool makings. The name of the company was changed to “Behrens Feinwerktechnik GmbH”.

2002
Due to the necessary expansions of production capacity, a three-storied industrial-building with new production halls, stockrooms and offices was finished, as an extension to the “old” facilities.

2004
To meet the complex requirements of the aerospace-industry of the future, our company was certified in accordance with the EN 9100 / AS 9100, by the TÜV-Rheinland. 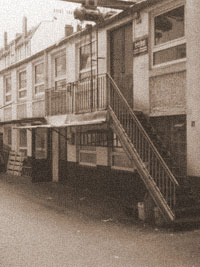